The Heart of Saturday Night

Tom’s first experience of live music was in December 1975 seeing Queen at the famous Glasgow Apollo. And from that day it was all downhill. Any money earned went on music of any description.

The habit has continued ever since, leading to a few years promoting touring acts hoping to play in Glasgow. Starting in September 1998 with singer/songwriter Neal Casal.

He has worked with some of his favourite artists like Dave Alvin, Kate Campbell. Martin Simpson, The Handsome Family, Si Khan, Damien Jurado, Show of Hands and various other acts making their Glasgow debut. He went on organised British tours for two of his favourite acts Ramsay Midwood and Chicago rock-a-billy outfit The Riptones.

Tom met Celtic Music Radio while working in The Glasgow Royal Concert Hall and joined the team in mid-2010.

Always on the lookout for new and exciting music, he combs the internet and music press to find the best releases.

Tune in to Tom Hamilton with The Heart of Saturday Night, from 8 pm and the Blues Hour from 9 pm.

Tune into Iain Copeland (The Phat Controller) from 10pm for a great mix of music here on Celtic Music Radio. Working late? Let Celtic Music Radio take your through the night with some superb music. Have a look at our schedule - https://qoo.ly/3c85zq. #celt95fm

Join Tom Hamilton from 8pm on Celtic Music Radio with an hour of easy listening, genre free music followed by an hour of anything blues - getting you into the spirit of Saturday Night. #celt95fm #easylistening #bluesmusic

It's nearly time for the Colm Keegan Show on Celtic Music Radio. Join @colmkeeganmusic from 1pm with an eclectic mix of music, song and chat. #thecolmkeegnanshow #celt95fm 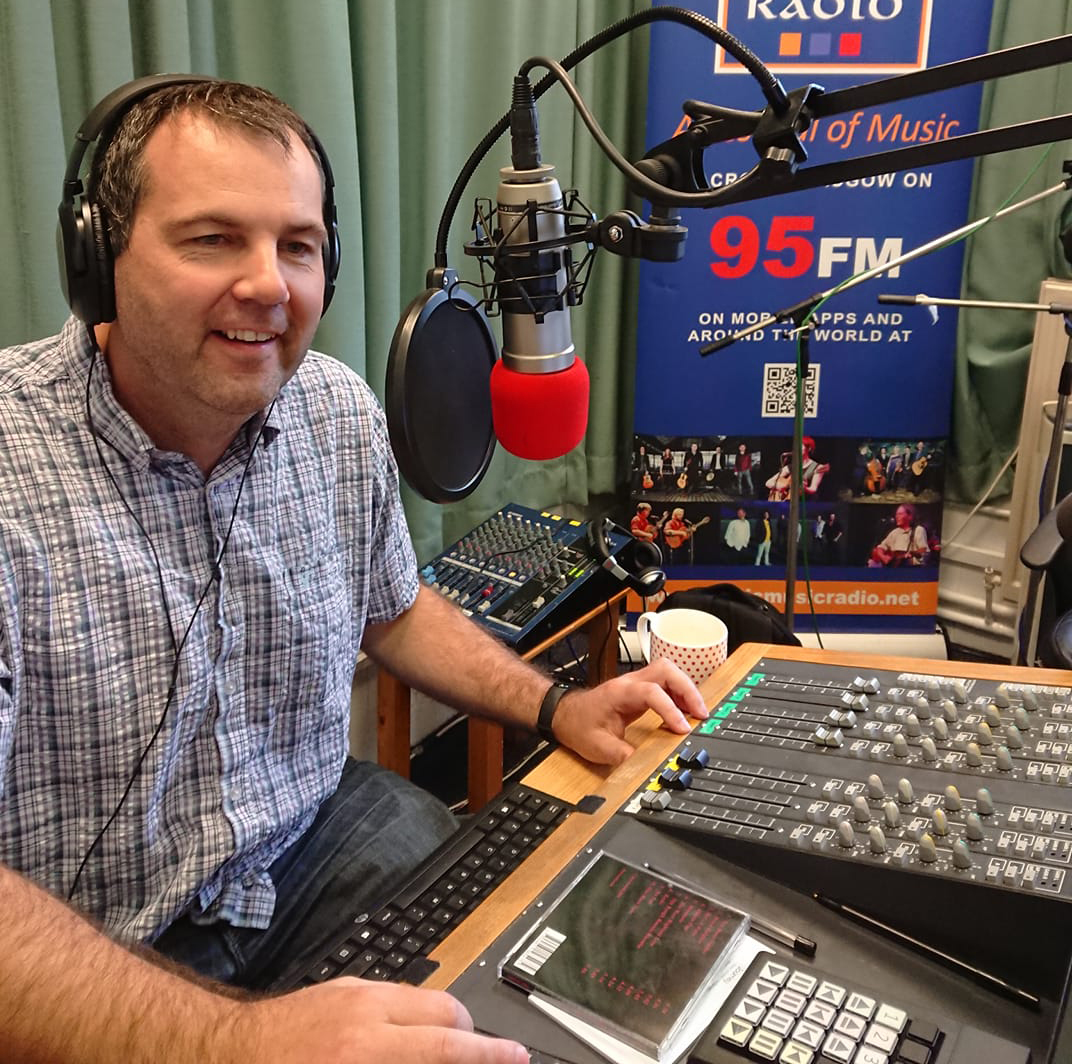 I have ben presenting a radio show for a short time, started on Celtic Music Radio one Bank holiday to cover for Alex Jenkins, before that I was looking after technical things to keep the station on air. Since covering for Alex he hasn’t had his show back on a Friday morning at 8am where […]