She has an autobiography and a new album coming out, and here she is, a couple of days shy of her 70th birthday, edging us along a bittersweet, rugged, emotion-laden song route where no-one delivers quite like her.

The revered Lucinda Williams has gritty, dust-blown grief and heartache down to perfection in her imperious catalogue of albums spanning more than 40 years. Here, in a bravura performance we will long remember, she shares songs with gentle determination, no little fire and downright warmth – it’s an Americana, roots, country and rock concoction that proves irresistible.

Recovering from a stroke in late 2020, she’s escorted centre stage to a rousing reception. She stands in the same spot for most of the nearly two-hour-long gig, guitar-less, but singing better than ever.

We get glorious offerings of Can’t Let Go and the title track of 1998’s “Car Wheels On A Gravel Road” fairly early in the set with the tense, observational West Memphis from the 2014 album “Down Where The Spirit Meets The Bone” separating them. This is a menacing, swampy tale perfectly suiting the raw vocals.

Grieving the loss of Tom Petty, she reveals Stolen Moments with its palpable sorrow and heartfelt lyrics: “like a prayer / you’re with me there” she sings with head held high. Then we return to the gravel road with Lake Charles, dedicated to a trouble making friend, the late Clyde Joseph Woodward III, who could cook up a “mean pot of gumbo.” It’s a sublime song she clearly loves.

From “Good Souls Better Angels” Big Black Train is a stirring and deft reference to issues of depression: “I can hear it comin’ from miles away / and I don’t wanna get onboard.” It’s plaintiff yet Lu is doggedly refusing to be downbeat and that makes for a marvellous mix of emotions.

Changed The Locks from her 1998 self-titled release, covered by Tom Petty, is defiant and assured with a real stomp to it thanks to the hugely impressive Buick 6 – drummer Butch Norton, bassist David Sutton and top gun guitarists, Stuart Mathis and birthday boy, Doug Pettibone, who also plays pedal steel.

Encore time yields a dazzling and subtle version of Lou Reed’s Pale Blue Eyes and a storming, no-holds-barred, Rockin’ In the Free World that brings everyone to their feet. Neil Young would have approved.

It’s an uplifting end to an outstanding and exhilarating performance from Louisiana’s finest and her band. She respects her fans and draws us in, she shares her thoughts and feelings and we admire her even more as a result.

File Under Rock, says her T-shirt, appropriately enough: so, let’s file this gig under “TRIUMPH.”

Travels With My Auntie Liz – In Conversation With Firelight Trio 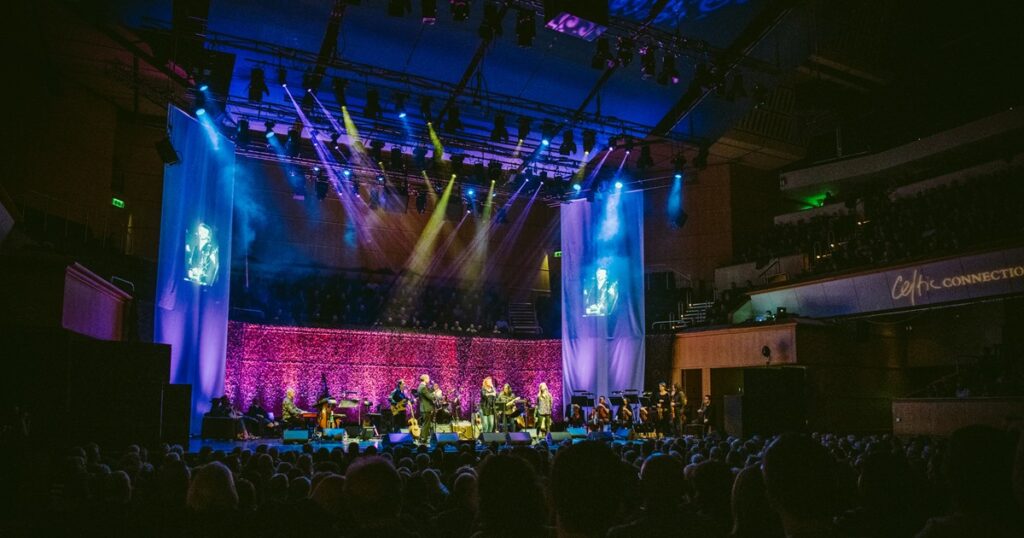