Born in Aberdeen, Cameron is a twenty two year old Scots singer and fiddle player. Cameron started singing and playing the fiddle when in primary school. Growing up in a family surrounded by folk and classical music, Cameron decided to embrace both genres.
Cameron began his life as a classical singer attending the National Youth Choir of Scotland from the age of 9. Progressing through the NYCoS programme led him to performing at several prestigious events such as the BBC proms 2016, the
Independence Day Celebrations as part of the Grand Teton Music Festival in Chicago, and the BBC songs of Praise. They have gone on to perform several times with Sir John Eliot Gardiner in Carnegie Hall, La Côte Saint-André and Proms 2017.
Cameron also featured in Scottish Opera’s production of ‘The Magic Flute’ in 2012 as one of the three spirits performing in Glasgow, Edinburgh, Aberdeen and Belfast.
In addition to his singing, Cameron is also an accomplished fiddle player. Cameron joined a band called the North East Folk Collective in 2010 led by Sharon Hassan and they went on to perform in The Royal Albert Hall as part of the Music for Youth’s
school proms event and at the BBC Trad Awards in 2012.
Inspired by his love for folk music, Cameron accepted a place at the National Centre of Excellence in Traditional Music in Plockton to study Scots song and fiddle for his final year of secondary school. Cameron toured with the music school around the
Western Isles at the end of his academic year. He has also toured with Iona Fyfe in September 2018, in Bromyard, Birmingham, London and Brighton.
In October 2019, Cameron performed in Cape Breton with the Royal Conservatoire of Scotland as part of Celtic Colours International Festival. In February 2020 he was a finalist in the BBC Young Traditional Musician of the Year award as part of the Celtic Connections festival. He has also recently joined a new band called ‘Harbour Road’. Cameron graduated in Summer 2020 with a First Class Honours Degree from the Royal Conservatoire of Scotland and is now studying a Media and Communications course.
His love for presenting on stage has led him to explore the world of radio presenting. 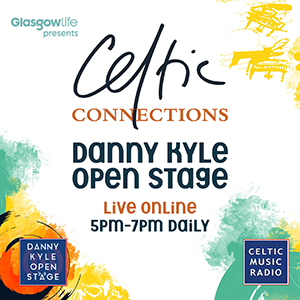 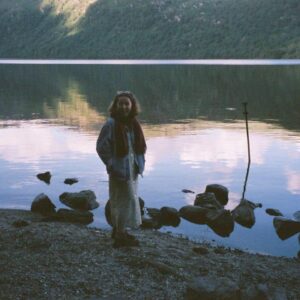